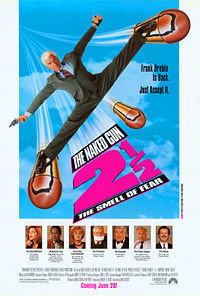 Friedman: Well you know the Naked Gun 2 1/2 role really comes from one of the worst movies ever made. Naked Gun 2 1/2, which is a perversely, though funny, movie really about environmental regulation; and it's a Leslie Nielsen movie, and he is a cop who is basically been called upon to protect, in a fictional Bush administration, the president has decided we're going to have a whole new fuel system which isn't going to be nuclear or kind of fossil fuels, coal and oil—it is going to be based on alternatives. And in the movie the fossil fuel industry and the nuclear people get together and kidnap this renewable energy guy to make sure the president can't choose that system. And Leslie Nielsen basically, you know, saves the day and the movie ends with the renewable energy guy laying out his plan to a roomful of reporters at the National Press Club and everybody is asleep. But the subtext of that movie is very important. And the subtext of that movie is a chapter in the book which is called, "If It Isn't Boring, It Isn't Green". And what I mean by that and it is really addressed to young people today, which is that, you know, this revolution is so much about writing the rules and that's why my motto has been, "Change your leaders, not your lightbulbs"; because leaders write the rules. The rules shape the market. The markets give you innovation at scale, at a piece scope and scale that we need, and the reason I wrote that chapter, "If It Isn't Boring, It Isn't Green" is to really try to share with young people that you've got to understand ExxonMobil, Peabody Coal—or Peabody Energy, whatever they call themselves now—they're all not out there on Facebook, they are in your face, they're not in your chat room, they're in the cloakroom. They know just where the rules get written; and if you aren't as smart about writing the rules as they are, if you are not in their face and in their cloakroom where the rules get written, then you've got a hobby. I like hobbies, I play golf and I used to build model airplanes, but I don't try to change the world as a hobby. 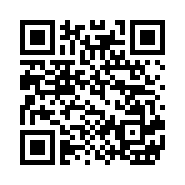